September 9, 2020 / Taylor Maurer / Comments Off on The War for Talent: Compelling Reasons to Make a Compelling Offer

The “war for talent” (coined by McKinsey & Co in 1997), a labor market phenomenon that really took hold shortly after the year 2000, resulted from a low unemployment rate combined with a rising national GDP. In the construction industry this took the form of a massive shortage of talent, from laborers to CEOs. We have seen larger and longer continuous growth in this economic cycle, and now more than ever we are seeing talent come at a premium.

Recently I have seen an unfortunate pattern prevail in the recruiting process of a few of my clients. This very tight market necessitates identifying and marketing the company and particular opportunity to passive candidates. By effectively communicating the potential for professional growth to desirable candidates, we have successfully gotten them to the table to consider an offer, often at a 5-10% increase in salary. We have invested significant time and resources in this process, only to witness confident candidates walk away from the table, sure that their talents and skill sets will be more greatly rewarded elsewhere (and quite possibly in the form of an opportunity not requiring them to relocate or embrace a longer commute).

Candidates Want to be Wanted

Quite simply, candidates want to be wanted. One of the best ways you can show them they are is with a compelling offer. A lateral or deficient offer does just the opposite. I would suggest that in today’s market, candidates in general are expecting a 10%- 20% increase in compensation. Some may expect less, just as some may expect more. Knowing what a particular candidate expects and why can guide you in creating an offer that will be accepted.

If a candidate’s expectations are unreasonable or merely not realistic, have a direct conversation with them as to why this is the case before you extend an offer. I find that it is always helpful to explain an offer to the candidate before it is extended. Communicate how the company came to the number that is reflected in the offer. This can go a long way, even if the candidate’s expectations can’t be met.

The Pitfalls of a Deficient Offer

When you are unable to capitalize on good talent, you lose not only the time you have invested in both the interview process and the offer process, but even more importantly, you lose the production value of that candidate until an equal or better candidate can be identified, courted and hired. Furthermore, this can negatively impact your current team as they take on a greater workload until the position is filled.  This can be detrimental to morale and even lead to the loss of one or multiple strong employees.  Frequently, candidates seeking new positions will tell me they are motivated because they don’t feel supported – they’re overworked and on the point of burnout because their company has not been successful in filling a vacancy. When other employees are expected to pick up the slack, assuming the tasks of the vacancy in addition to their own, the consequences can be disastrous and costly, especially if it goes on for weeks or even months on end.

Other times a candidate is needed to stop the loss of money which, over time, can result in a bloodletting. Let me give you an example. Recently, I was working with a contractor in the Midwest.  They had been struggling on their own to find a replacement for a retiring equipment manager. That manager had been with the company for 20+ years and had come up through the ranks, beginning as a mechanic turning wrenches. He was great at keeping the equipment running and staying on top of maintenance. That being said, no systems or software had been put in place during his tenure to track maintenance, repairs, or cost. It was all in the equipment manager’s head. He had been retired now for over two months and the equipment department remained without a supervisor.

They asked for my help in sourcing candidates shortly before the equipment manager’s departure. While discussing their expectations for a compensation range, I told them that they were about $20,000 to $40,000 lower than what I expected the current market to bear. Being a Midwestern contractor, the upper management found this idea preposterous and dismissed it.

I was successful in identifying a prime candidate for transitioning into the role of lead equipment manager. He was very experienced at setting up systems and software for tracking maintenance, cost of equipment, and telematics. He was willing to move his family back to the Midwest from the Carolinas for a 15% increase of his current base salary provided all of the other benefits were comparable. I laid out that scenario to my client and personally felt like it was a reasonable request, given the circumstances, the economic climate, and the cost of living comparison.

The client came back with an offer of a 5% increase to the candidate’s salary, and in doing so, they lost the candidate, who had other opportunities and interviews that he followed through with to find a better offer. Perhaps even more importantly, all of the maintenance tracking was lost. I can’t imagine how much money the department is bleeding now that the retired equipment manager has been gone for more than two months.

In summary, here are the top reasons why you should capitalize on A+ talent now with a compelling offer:

Hire A+ candidates now. Make them a compelling offer to bring them on board with your company.  This applies especially to the top candidates who will be able to help you capture the most work, maximize profit with the work you have, and minimize your risk of losing money. They will be worth the compelling salary that you made to them during an economic boom.

Subscribe to our Podcast
Posted in Resources for Hiring Managers 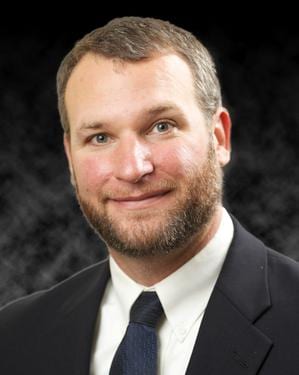